One of Gran Turismo Sport‘s main focuses is competitive online racing, being supported by the international governing body of motorsport, the Fédération Internationale de l’Automobile (FIA), and serving as the platform for the FIA-Certified Gran Turismo Championships. [1] The game launched with 168 cars and 29 tracks, but free game updates have brought the count to 309 cars and 58 tracks as of August 2019. [2] [3] [4] The free updates also added a more traditional single-player campaign mode to the game. [5]

Similar to its predecessors, Gran Turismo Sport is a racing game and includes two game modes: "Sports Mode" and "Arcade Mode". Online racing is also featured in the game. The game has been described as different from the "Prologue" titles seen in the past in the series and features more content. Unlike Gran Turismo 5 and Gran Turismo 6, the game does not feature dynamic weather system and day-night cycle. However, players still have the option to modify the race’s time of day before entering the race. [6] It includes 278 cars [3] and 27 configurations of 18 locations to race on. [7] For the first time in the series, the game features Porsche vehicles included in the game after Electronic Arts’ licensing rights to the Porsche brand had expired (previous Gran Turismo games only included Ruf as a substitute). [8]

Sport Mode consists of three daily races that reset every week. Drivers are assigned a Driver Rating (DR) and a Sportsmanship Rating (SR). The highest generally available levels are A+ for Driver Rating, and S for Sportsmanship Rating, with the lowest being E for both. There is also a special S Driver Rating reserved for players ranked in the top 200 worldwide. Car performance within each category is equalized using Balance of Performance adjustments to weight and power.

Gran Turismo Sport also features two championships held simultaneously throughout the year: the Nations Cup, where players represent their country, and the Manufacturers Cup, where players represent their favorite car manufacturer. The FIA manages the series directly as they would with any of their other race series. The winners of the championships are honored at the FIA’s annual prize-giving ceremony in Paris. [9]

Car categories are a main gameplay mechanic of GT Sport:

Gran Turismo Sport was originally announced to be fully compatible with Sony’s virtual reality headset, PlayStation VR. However, it was announced later that VR support would be limited to a special VR Tour Mode. [11] [12]

Series creator Kazunori Yamauchi mentioned that "Gran Turismo Sport would be coming to the PlayStation 4 console, possibly "in a year or two [from 2013]". He also mentioned that it will be based on the same physics engine that Gran Turismo 6 uses. [13] Yamauchi also spoke of the release sometime in 2016 or 2017 and how much more powerful the game will be on PlayStation 4 and how much easier it is to develop on the console versus Gran Turismo 6 on the PlayStation 3. [14] Gran Turismo Sport was officially announced at the 2015 Paris Games Week. Sony originally claimed that Sport is a separate entry, but Yamauchi later confirmed that it is a main entry in the series. [15]

The developer Polyphony Digital expected Gran Turismo Sport to have much improved gameplay elements due to the enhanced processing power of the PlayStation 4. [16] The game is the first in the Gran Turismo series to support the virtual reality headset PlayStation VR. A beta was scheduled to take place in the first and second quarter of 2016 before a full release on November 15, [17] but Sony later announced that the beta had been cancelled so as to prevent the game from being delayed to 2017. [18] On August 30, 2016 it had been announced that the game will be delayed to 2017 to further polish the game. [19] Despite the cancellation of the beta for the game in 2016, a closed beta was confirmed for March 17, 2017 for selected users in the United States and Europe to experience the game’s features prior to its release. [20]

Kamui Kobayashi was one of the drivers who prov >[21] The inclusion of Porsche automobiles was announced on April 11, 2017. Following expiration of Electronic Arts’ exclusive licensing to Porsche, Gran Turismo Sport marked the first appearance of Porsche in a Gran Turismo title. [22]

On 13 July 2017, the game was given a release date of October 17 in North America. [23] A free demo launched on October 9. Lasting five days, the open beta allowed a limited amount of in-game progress to carry over to the full release on October 17, 2017. [24] The demo included all three modes: arcade, campaign, and sport. [25] [26] PlayStation Plus members could pre-load the demo on October 7. [27] While the game is the first in the franchise to connect to PlayStation VR, the demo d >[28] The demo also had the livery editor for customizing vehicles and Scapes photo mode. [29] More than a million people played the beta. [30]

Eurogamer ‘ s Martin Robinson described GT Sport as a deviation from past games in the series, by cutting the vast car collections of its predecessors and placing a sharper emphasis on competitive online driving. "There are no lunar rovers, no 19th century single horsepowered wagons and not even anything by way of an open wheel racer to be found in its car list at launch. Yet, conversely, this is possibly the most focused, directly enjoyable game Polyphony Digital has put out since the heady days of Gran Turismo 4." Robinson praised the improved sound design and addition of a livery editor and GT Auto, now part of update, that allow players to create their own designs online. [47] The website later ranked the game 21st on their list of the "Top 50 Games of 2017". [48]

IGN likewise noted that GT Sport ‘ s garage and track selection is smaller when compared to other racing games, a decision they found impossible to forgive, but described the shift to online racing as serious, sensible, and well-structured. "That PvP online environment, or Sport Mode as its dubbed, is where developer Polyphony Digital has gambled all its chips. The good news is that it has indeed created a sturdy online racing venue." Luke Reilly observed the introduction of a Sportsmanship Rating that, over time, separates poor drivers from good ones, and while less than perfect "rewards clean sectors, fair overtakes, and respectful racing." [44]

Jason Faulkner of Game Revolution was equally critical of the game, devoting a large portion of his review to observing the differences between GT Sport and racing games of rival color. "You’ll get a lot more feeling of the weight of the cars as you drive them in this game than you do in Forza, but there’s still something lacking when compared to Project Cars 2." While the cars are stunningly recreated with excellent handling, Faulkner sa >’ s new online mode, which no matter how well crafted, would be unavailable when not connected to the servers. [41]

Justin Towell of GamesRadar awarded GT Sport 4/5, citing superb tracks, sol >’ s career mode. Instead, the central pillar of GT Sport, and the game’s main selling point, are the FIA-recognised online game modes: "Winning a slipstreaming race around an oval against real opponents is far more exciting than any offline mode. And with the real-world calendar of events taking place at set times, it all feels like it really means something." Towell noted the inconvenience that can arise when players lose internet connection but presumed the measure was "to keep an eye on cheaters". [43]

Gran Turismo Sport topped the UK all-formats physical sales charts for one week, [51] selling nearly three times as many copies as Forza Motorsport 7. [52] It d >[53] and New Zealand, and ranked number 2 in Australia. [54] During its first week on sale in Japan, Gran Turismo Sport sold 150,286 copies, which placed it at number one on the all format sales chart. [55]

The game reached number one on the Japanese download sales charts, [56] number two in Europe, [57] and number five in the United States. [58] 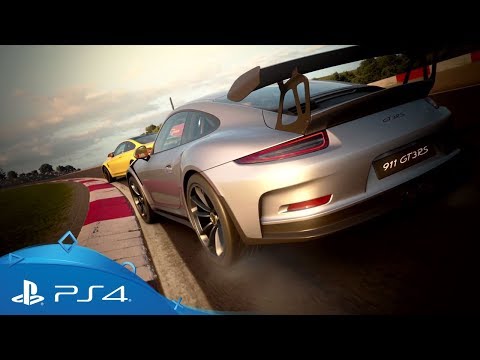